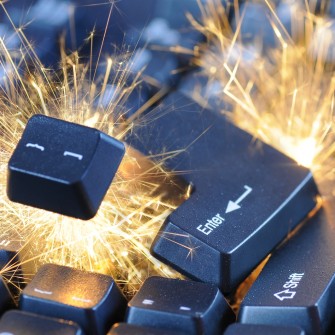 A company has been hit with a £30,000 fine  after one of its workers suffered radiation burns while carrying out tests on safety equipment.

The man from Redcar in North Yorkshire, who has asked not to be named, suffered severe tissue damage to the middle, ring and little fingers of his right hand in the incident at Mistras ETS Ltd on 19 September 2012.

He had to undergo surgery and his fingers remain numb, with occasional tingling, although he has now been able to return to work.

The incident was investigated by the Health and Safety Executive (HSE), which today (31 March) prosecuted his employers at Teesside Crown Court for serious safety failings.

The court was told that the worker was employed at the Mistras ETS Ltd’s Graythorpe Industrial Estate premises in Hartlepool, where the company provides industrial radiography services, including x-rays.

He had been working with x-ray equipment in a radiation bay – a designated danger area – when a separate team was asked to test safety equipment and warning beacons, which also required the use of the x-ray.

The other employees devised an ad hoc test method that involved turning off safety access controls and warning alarms for the radiography bays. During one test, the injured worker remained in a radiation bay, while the x-ray was energised.

He received radiation exposure to his fingertips, which exceeded the maximum dose allowed by law per year.

The HSE investigation found that the workers had not used the x-ray to test the safety equipment before, and that there were no procedures in place for them to carry out the tests safely.

As a result they developed their own ad hoc method, which led to several important safety devices being switched off.

Mistras ETS Ltd, based at Dillington, Great Staughton, St Neots, Cambridgeshire, was also ordered to pay £4,930 in costs after admitting to breaching Section 2(1) of the Health and Safety at Work etc Act 1974.

The company also pleaded guilty to breaching Regulation 11(1) of the Ionising Radiation Regulations 1999, for which no separate penalty was imposed.

After the hearing, HSE inspector Paul Wilson, said that the level of x-ray radiation to which this worker was exposed was capable of causing serious ill-health, including the potential for death if the x-rays had hit vital organs of his body.

“This incident could have been easily prevented if Mistras ETS Ltd had ensured proper planning and control of the work,” said Paul.

“Deviation from agreed safety protocol had become commonplace and on this occasion an employee was exposed to dangerous levels of x-ray radiation because important safety devices had been turned off.

“Industrial radiography is a valuable tool for industry as a non-invasive way of ensuring the integrity of plant and equipment. When managed properly it is safe for those involved.

“However, where suitable precautions are not taken it can be very dangerous, with the potential for fatal consequences. ”