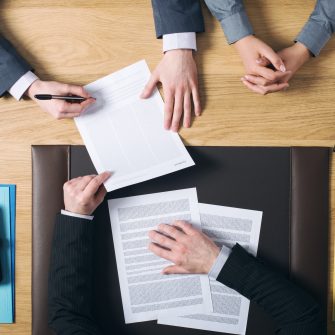 The Presidents of Employment Tribunals (England & Wales, and Scotland) have issued a joint updated road map to update the previous roadmap issued in June 2020. Here is a summary:-

• the new tribunal software system, which makes it easier to access files remotely, should be fully rolled out to all regions by the end of May 2021;

• 16 new ‘Legal Officers’ start work in the coming weeks; they will exercise delegated basic case management powers, and also help with ‘case progression’, making sure cases are ready for hearing;

• a new ‘virtual region’ will be introduced, alongside the existing ten geographic regions, allowing about 100 judges (plus members) to come together to hear cases over CVP, irrespective of the region they are technically assigned to.
The road map states that CVP has allowed a steady increase in the rate at which tribunals can adjudicate upon claims (known as the ‘disposal rate’), which had returned to its pre-pandemic rate by the Autumn of 2020, and continues to improve. It also states that in the medium and long term, a mixture of platforms (remote, hybrid and in-person) will subsist – possibly with variation in approach across different regions.

• Preliminary hearings listed in private for case management purposes will default to telephone or video.

• Preliminary hearings to consider an application to strike out or for a deposit order will default to video.

• Applications for interim relief will default to video.

• Judicial mediations will default to telephone or video.

• Final hearings of standard track claims (unfair dismissal) will vary. In most parts of Britain, as the physical estate recovers and requirements for social distancing are removed, they will return in greater numbers to in-person. This will take time, as recovery will not be uniform. In London and the South East, however, where the backlog is most severe and to maximise use of the virtual region, they will default to video.

• Final hearings of open track claims (discrimination and whistleblowing) will also vary. In most parts of Britain, they will default to in-person. The parties will be able to express a contrary view at the earlier preliminary hearing held for case management purposes having regard to our respective guidance documents. In contrast, in London and the South East, where the backlog is most severe and to maximise use of the virtual region, parties should expect to see greater reliance on video, including hybrid formats. This will also facilitate remote participation by non-legal members drawn from the virtual region.

• Other hearings listed specifically to deal with applications for reconsideration or costs/expenses will default to video.