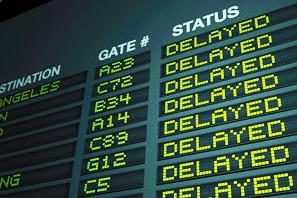 Delayed flight cases worth billions of pounds in compensations have been opened up after the Supreme Court turned down appeals from Jet2 and Thomson.

During an order published today, the Court of Appeal judgements in Huzar vs Jet2 means airlines must pay compensation when delays are caused by technical problems, because they are not considered an ‘extraordinary circumstance’.

Thousands of potential claims have been put on hold pending the Supreme Court’s decision and legal firms representing passengers who have suffered flight delays welcomed the ruling.

A court statement revealed that a panel of three Supreme Court justices had ordered that permission to appeal be refused in Thomson ‘because the application does not raise an arguable point of law’.

In Jet2.com’s case permission to appeal was rejected ‘because the application does not raise a point of law of general public importance and, in relation to the point of European Union law said to be raised by the application, it is not necessary to request the Court of Justice to give any ruling, because the court’s existing jurisprudence already provides sufficient answer’.

Rules state that passengers who reach their destination more than three hours late can claim up to Euro 600 (£494) plus expenses, per person, if the delay is within the airline’s control.

Huzar issued a claim after a 27-hour delay caused by a wiring defect on a Jet2 flight from Malaga to Manchester in October 2011, while Dawson faced a 6.5 hour delay in 2006 from Gatwick to Puerto Plata, Dominican Republic.

In a statement Thomson Airways said: “We are surprised and disappointed to note the decision of the Supreme Court as we believe our position is sound in law.

“We will now review this position based on the court’s decision.”

Have you had your holiday disrupted by a delayed flight? Call UnionLine on 0300 333 0303 to help you with your compensation claim.