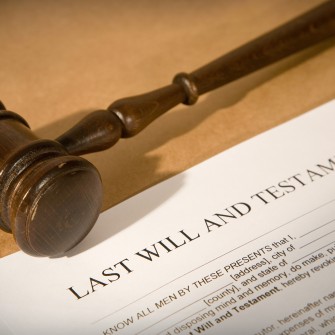 Report reveals millions of UK residents have no will

A new report revealing that the majority of Britons have not written a will is “extremely concerning” according to the president of the Law Society.

The Law Society research has indicated that 73 per cent of 16-54 year olds do not have a will, while 64 per cent of people over the age of 55 have made their final wishes clear in a will.

The representative body for solicitors has now warned that the consequences of dying without a valid will can be dire for those left behind.

Research also found that men are more likely to have a will and keep it updated than women. Last year, £8m went to the government because people died intestate.

Twenty-three per cent of respondents wrongly believed that without a will, their possessions would automatically go to their family.

It is estimated that by 2018 the government will receive nearly £6bn from inheritance tax. But by careful planning, such as leaving money to charity, those with a will can substantially reduce the amount of inheritance tax that becomes liable or even alleviate it all together.

Inheritance tax can be a lot higher without a will.

Law Society president Andrew Caplen said: “Thousands of people die every year without making a will or without a properly drafted will. These figures show just how bad the problem is.

“Dying intestate not only means your final wishes will probably go unheeded, but the financial and emotional mess is left for your loved ones to sort out. This need not be your final legacy.

“Making a will is usually a very simple process but we urge people to use a qualified, insured solicitor because he or she will be able to spot the nuances that could lead to trouble later on if not properly addressed.”

UnionLine offers a FREE will-writing service for members and their partners. Click here to find out more.