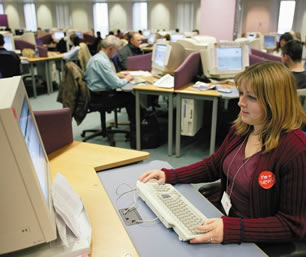 Today, Monday 19 October, is the first day of European Health and Safety at Work Week, and for the second year running the theme is work-related stress.

The European Agency for Safety and Health at Work launched a campaign into workplace stress in 2014, with the aim of raising awareness of stress and psychosocial risks in the workplace, encouraging employers, workers and their representatives to work together to manage these risks.

More information about the campaign can be found on the agency’s Healthy Workplaces website.

Last year, the 11th biennial TUC survey of health and safety representatives found the top concern for hazards at work was stress. Other hazards included bullying and harassment, overwork, back strains and slips, trips and falls on a level.

More than two-thirds of safety reps who took part in the survey said that stress, and its effects on their colleagues, was one of the main concerns they had to deal with at work.

TUC General Secretary, Frances O’Grady said at the time: “Stress remains the top concern for health and safety workplace reps. It’s a particular problem in parts of the public sector, like the NHS and local government, that have been hit by cuts and top-down reorganisations.”

In the UK, it is estimated that around 9.8 million working days were lost during 2009-10 because of work-related stress.

The TUC has produced guidance as to how best to tackle workplace stress, which can be found here.

Throughout this week, the TUC, trade unions and the Health and Safety Executive will be working with the European agency to promote health and safety at work.

In November this year, the findings of the campaign will be reported at the Healthy Workplaces summit.