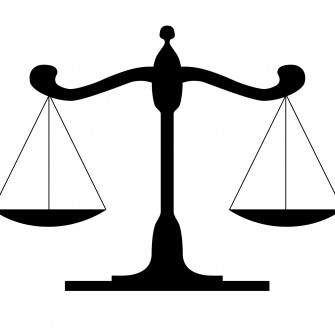 A change to the small claims track limit for personal injury claims, as announced in last week’s Autumn Statement by Chancellor George Osborne, will “restrict access to justice for thousands of people”, according to a petition against the proposal.

The petition on the UK government and parliament Petitions site was started by Victoria-Louise Gibson on Thursday last week, and has already attracted 11,966 signatures. The government should respond to the petition over the next few days. Once the petition reaches 100,000 signatures, it will be considered for debate in parliament.

The change will mean that the upper limit for claims that can be dealt with in the small claims court will increase from £1,000 to £5,000. The petition states that the increase in the limit could put firms of solicitors out of business and lead to unemployment in the legal sector.

The government has also set out plans to remove the right to general damages for road traffic minor soft tissue injuries.

The Treasury said that the move was part of a crackdown on “the fraud and claims culture in in motor insurance”, and said the change will end the current situation where responsible motorists pay higher insurance premiums to “cover false claims by others”.

Based on figures from the Association of British Insurers, the Treasury said: “Whiplash claims cost the country £2bn a year, an average of £90 per motor insurance policy, which is out of all proportion to any genuine injury suffered.

“It will remove over £1bn from the cost of providing motor insurance and the government expects the insurance industry to pass an average saving of £40 to £50 per motor insurance policy onto consumers.”

But the petition argues that the chance of this saving actually being passed on to motorists is slim, and therefore there is no incentive for the public in the proposed increase to the small claims limit.

The Law Society has also criticised the proposed changes, arguing that defendants may simply deny liability and force people to take their claim through the courts without any legal help.

The Law Society president, Jonathan Smithers, said: “These proposals will stop people obtaining legal advice for all personal injury claims below £5,000 and stop people claiming for often debilitating injuries arising from road traffic accidents if these injuries are considered minor.

“People recovering from their injuries will have to bring claims as litigants in person (without any legal advice) and this can be very unfair because those defending the claims can often afford to pay for legal advice. This therefore undermines ordinary people’s ability to access justice.”

The Law Society will respond to the government’s consultation on the proposals, but warned that even low value claims can include serious and debilitating injuries.

“A new limit of £5,000 will mean personal injuries including facial scarring would be considered as ‘small claims’. This is totally unacceptable,” Mr Smithers said.

You can sign the petition against the government’s proposals here.