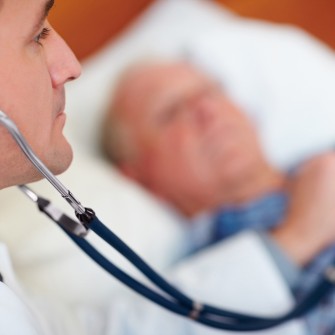 A Hampshire-based electropolishing company has been fined after a worker suffered chemical burns.

Basingstoke Magistrates’ Court heard how the worker was told by his manager to dispose of some waste cleaning chemicals at their Aldershot site. The agreed method was to pour caustic pearl granules into the top of an intermediate bulk container (IBC) which had acids in which helped neutralise the chemicals.

An exothermic reaction occurred during this process. The IBC became unstable and erupted over the worker, throwing him to the ground.

His glasses were blown off and he suffered alkaline burns to his eyelids and ulcers to both his corneas, and grazing and burns to his legs.

An investigation by the Health and Safety Executive (HSE) into the incident found the activity and substances used in the process were not suitably or sufficiently risk assessed.

HSE inspector Andrew Johnson said: “The use of an IBC as a reaction vessel was wholly inappropriate. IBCs are designed for the storage of a range of substances. They are not designed for use as a chemical reactor.

“Other safer reasonably practicable options were available, such as using a waste management company to remove and safely dispose of the chemicals.”