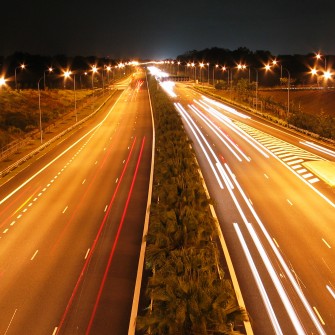 A report by the TUC, released last week to mark the beginning of British Winter Time, revealed that the number of night workers has increased by 275,000 between 2011 and 2016, bringing the total number to 3,135,000.

This is an increase of nine per cent over a five-year period. Night workers now account for 12 per cent of all employees, or one in eight workers.

The most common night-working professions for women are care work and nursing. Women doing care work at night has increased by 15 per cent since 2011, and by four per cent for nursing. Men working at night are more likely to work in protective service jobs – such as military, security and policing – and road transport. In both these areas, the number of men carrying out night work fell by 26 per cent and 12 per cent respectively over the five year period.

People aged 45 to 49 account for the highest proportion of night workers, accounting for one in eight of those who usually work nights. There are more than 80,000 people aged 16 to 20, and nearly 150,000 people in their 60s who still regularly work nights.

TUC General Secretary, Frances O’Grady, said: “As we sleep, millions of workers will be busy keeping the UK ticking over.

“Whether it is nurses looking after patients, or police officers keeping our streets safe, we all depend on Britain’s army of night-workers.

“Night work is hard and can disrupt family life. So we must show our appreciation for the sacrifices night-workers make by ensuring they have good rights and protections at work.

“Employers must play fair and play safe, or public safety will be put at risk and the families of night workers will suffer.”

The health impacts of night-working are well known, and include increased risks of cardiovascular disease, diabetes and depression, but it can also affect home life and relationships.

To coincide with the analysis, the TUC has released a number of recommendations as to how employers can consider the impact night-working has on staff. The TUC recommends that night-working is only introduced when necessary, and that workers have some control over their rota.

The TUC recommends that payment should reflect the likely additional costs of night-working, such as childcare and inconvenience caused, and employers should work with unions when introducing night work and shift patterns.